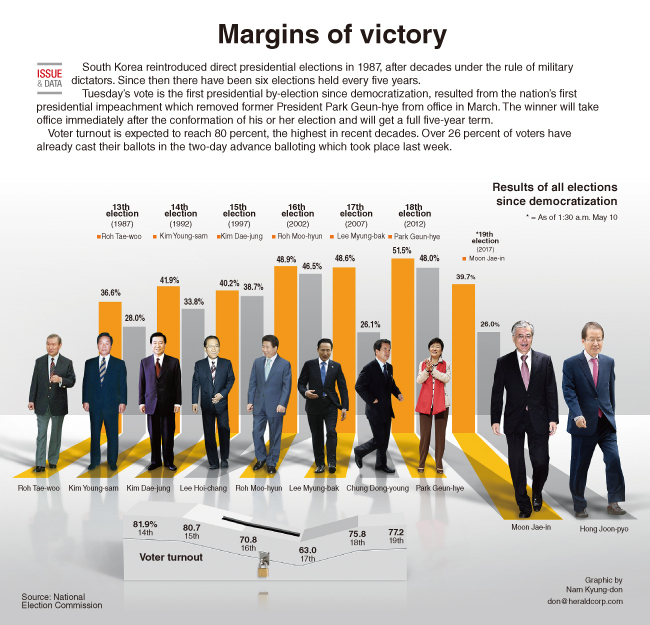 South Korea reintroduced direct presidential elections in 1987, after decades under the rule of military dictators. Since then there have been six elections held every five years.

Tuesday’s vote is the first presidential by-election since democratization, resulted from the nation’s first presidential impeachment which removed former President Park Geun-hye from office in March. The winner will take office immediately after the conformation of his or her election and will get a full five-year term.

Voter turnout is expected to reach 80 percent, the highest in recent decades. Over 26 percent of voters have already cast their ballots in the two-day advance balloting which took place last week.