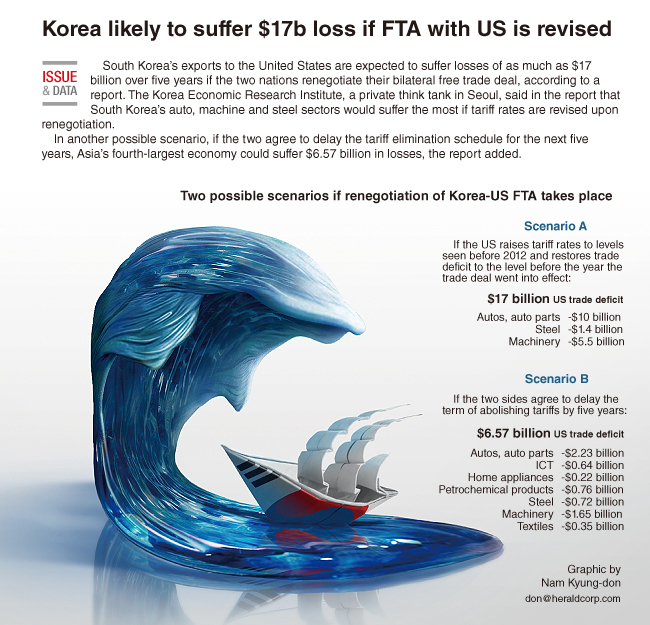 South Korea’s exports to the United States are expected to suffer losses of as much as $17 billion over five years if the two nations renegotiate their bilateral free trade deal, according to a report.
The Korea Economic Research Institute, a private think tank in Seoul, said in the report that South Korea’s auto, machine and steel sectors would suffer the most if tariff rates are revised upon renegotiation.
In another possible scenario, if the two agree to delay the tariff elimination schedule for the next five years, Asia’s fourth-largest economy could suffer $6.57 billion in losses, the report added.