More Koreans get married late -- or not at all 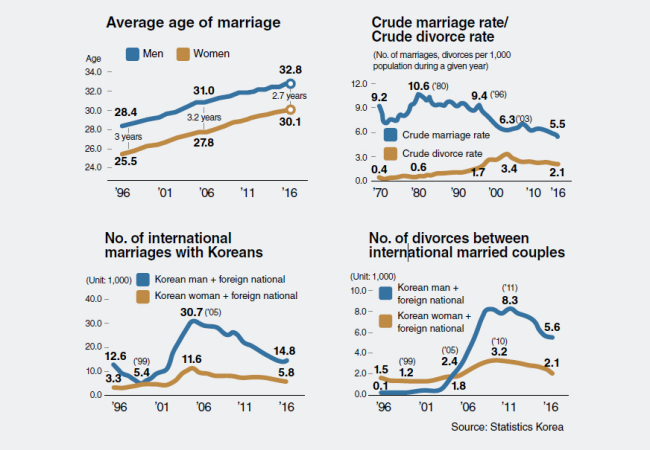 South Korea’s latest marriage and divorce figures showed a continuing trend of late marriages or avoidance of wedlock, according to data from Statistics Korea Wednesday. The number of marriages hit its lowest mark since 1977.

South Korea saw fewer marriages and fewer divorces in 2016 from the previous year.

Three out of 10 divorced couples had lived more than 20 years together before dissolving their vows, the statistics showed.