By Shin Ji-hye
Published : Mar 21, 2017 - 15:13       Updated : Mar 21, 2017 - 17:45
Samsung Electronics unveiled several new display technologies at the private room during this year’s Mobile World Congress, including its development of OLED without polarizer, a source familiar with the matter said.

“Samsung exhibited new technologies, including force touch, OLED (organic light-emitting diodes) without polarizer, VR (virtual reality) headsets with high resolution and blue-less OLED. They are expected to be launched within one to two years,” a source who attended the private room told The Korea Herald.

Force touch is a technology that enables touch screens to distinguish between different levels of force being applied to their surfaces. This technology can be used by touching the screen of a waterproof smartphone underwater.

Samsung will reportedly adopt force touch technology in its upcoming flagship smartphone Galaxy S8, although the source said the technology shown in the private room does not seem complete enough to be unveiled soon. 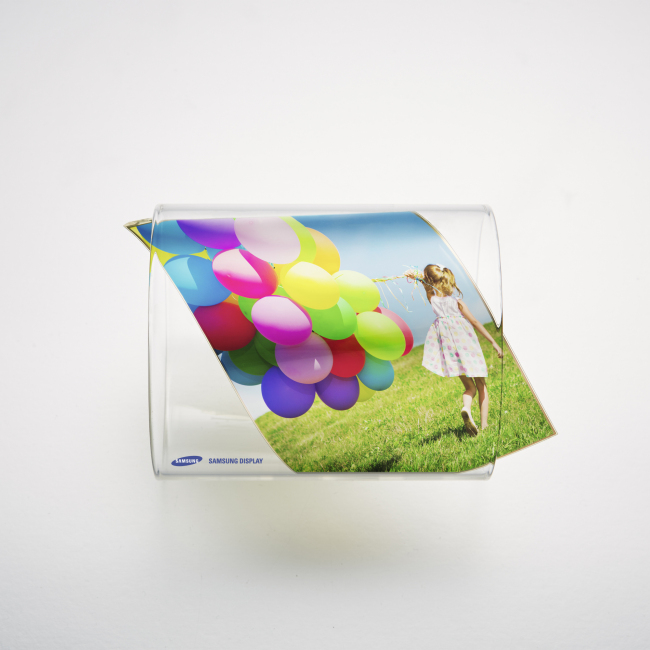 “Another interesting technology was OLED panels without polarizer. When the technology is complete, this can significantly reduce power consumption,” he said.

Alongside the display technologies, Samsung, which had drawn attention with its diverse VR entertainment rides during this year’s MWC, unveiled VR headsets with higher resolution at the private room.

“They showcased VR headsets with 1,200 PPI (pixels of per inch). Considering the technology completion, a headset with 1,500 PPI is soon expected to be unveiled,” he said.

PPI connotes the resolution of an electronic image device. The resolution of Samsung’s current VR Gear is less than 1,000 PPI. When resolution reaches 1,500 PPI, it will significantly solve virtual reality sickness, including general discomfort, headache and stomach awareness, the source said.

Samsung also exhibited its blue-less OLED designed for those with color blindness, the population of which accounts for less than 6 percent of the global population.

The Korean tech giant did not exhibit its foldable phones at the private room as many had expected. Instead, the company reportedly showed the upcoming devices only to a few telecom operators.