The gain was partly backed by a stock rally in IT companies such as Samsung Electronics and LG Electronics, it added. 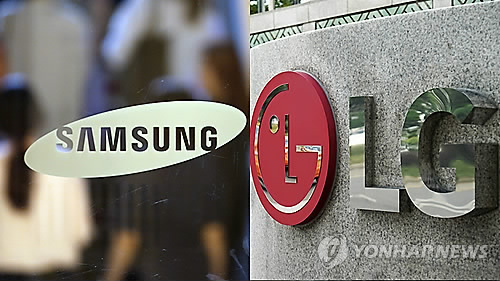 Their portion of the total market capitalization added 1.7 percentage points from 50.5 percent at the end of 2016 to 52.2 percent as of March 14.

Among the 10 top groups, the combined market capitalization of 23 Samsung Group affiliates rose 12.1 percent so far this year to 442.4 trillion won ($393.9 billion) as of March 14 from 394.7 trillion won at the end of last year. With the increase, the group’s portion has also grown to 28 percent in the main bourse Kospi and the secondary tech-heavy Kosdaq, compared with 26.1 percent at the end of 2016.

Shares in Samsung Electronics have recently been boosted by expectations about an improvement in its corporate governance structure, semiconductor boom and an upcoming launch of the Galaxy S8 smartphone.

Meanwhile, the total market capitalization of Hyundai Motor Group and its 15 affiliates, the second-largest cap with 102.2 trillion won, has declined 1.2 percent so far this year, KRX data showed.

It accounted for 6.5 percent of the country’s bourses as of March 14, compared with 6.9 percent at the end of last year.

Among the 10 biggest groups, seven groups including SK and LG saw a gain while Hyundai Motor, Lotte, and Hanwha saw a decline.