South Korean stocks reached fresh highs in almost two years on Friday, extending the winning streak to a second day, on eased concerns over the pace of rate hikes in the US and extended foreign buying, analysts said. The Korean won rose against the US dollar. 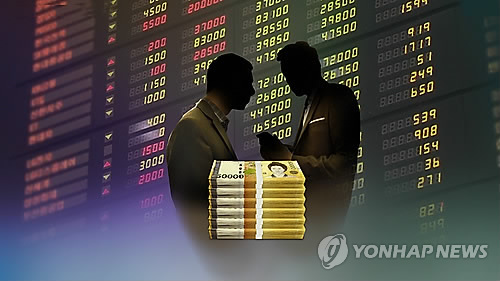 The KOSPI has been on a steady rise as foreign investors continued to scoop up local stocks, extending their buying binge to a 10th consecutive day following eased political chaos in Asia's fourth-largest economy and sound economic data.

"Given recent gains, investors will be tempted to cash in (recent rises)," said Seo Sang-young, an analyst at Kiwoom Securities. Analysts said the local stock market may take a breather down the road, but any sharp decline is unlikely.

Foreign investors snatched up a net 251 billion won worth of local stocks, extending their buying streak to a 10th consecutive day, while institutional investors offloaded a net 209 billion won.

Top cap Samsung Electronics rose 1.34 percent to end at a fresh record high of 2,120,000 won on optimism about its shareholder-friendly policies and robust earnings.

POSCO, the country's top steelmaker, closed flat at 291,500 won after rising 5.05 percent the previous session, and SK hynix, a major chipmaker, hit 46,750 won out of concerns over the downbeat outlook for the industry.

Hyundai Heavy Industries, a major shipyard, ended flat at 177,500 won after soaring 6.61 percent a day earlier on hopes that its spin-off plan would boost its financial status as well as the competitiveness of each unit.

Analysts said backed by improving economic conditions and corporate earnings, the local stock market is expected to build up further gains down the road.

"Compared with other markets, the local stock market is undervalued, and continued foreign buying may propel the KOSPI higher," said Lee Jong-woo, an analyst at IBK Investment & Securities.

The local currency closed at 1,130.90 won against the US dollar, up 1.1 won from the previous session's close.