US Fed raises key rates for first time under Trump

The US Federal Reserve raised key interest rates Wednesday in a decision that reflects an economy getting healthier than expected, signaling that additional hikes would be made in a gradual manner later this year.

The Fed raised the target range for the federal funds rate by 25 basis points to 0.75 to 1 percent. 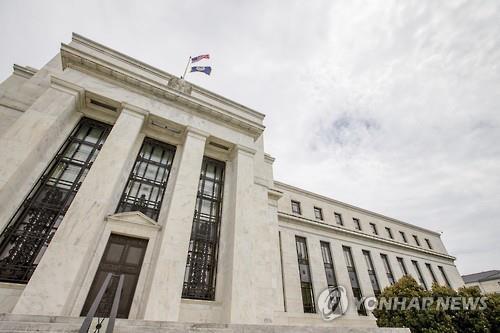 "In view of realized and expected labor market conditions and inflation, the committee decided to raise the target range for the federal funds rate to 3/4 to 1 percent. The stance of monetary policy remains accommodative, thereby supporting some further strengthening in labor market conditions and a sustained return to 2 percent inflation," the Fed said in a statement after a Federal Open Market Committee meeting.

"The committee expects that economic conditions will evolve in a manner that will warrant gradual increases in the federal funds rate. The federal funds rate is likely to remain, for some time, below levels that are expected to prevail in the longer run," it said.

It is the first hike since US President Donald Trump came into power with pledges to boost the economy, and the third since rates were lifted from near zero in late 2015 for the first time in nine years. The last rate hike came in December.

Wednesday's decision shows US monetary policymakers are confident the world's largest economy is getting healthier than expected, with unemployment remaining low and consumer and business confidence rising, and can withstand higher rates amid growing signs of inflationary pressure.

"The labor market has continued to strengthen and that economic activity has continued to expand at a moderate pace. Job gains remained solid and the unemployment rate was little changed in recent months. Household spending has continued to rise moderately while business fixed investment appears to have firmed somewhat," the Fed statement said.

"Inflation has increased in recent quarters, moving close to the committee's 2 percent longer-run objective," it said.

According to the "dot plot" of rate projections released after the meeting, Fed officials expect to see two more hikes this year.

The raise has been widely expected as Fed officials have made a series of comments strongly hinting at a hike in recent weeks.

Before that, the widespread view was that the Fed will raise rates three times this year beginning in June after assessing the effects of tax cuts and other stimulus measures Trump pledged to take.

The earlier than expected hike could negatively affect struggling economies like South Korea that has kept the short-term policy rate low at 1.25 percent since June last year in an effort to turn the sluggish economy around. The US rate hike would increase pressure on Seoul to follow suit to head off capital outflows.

Backing the US rate hike were encouraging economic numbers.

On Friday, employment data showed 235,000 new jobs were created in February, with the unemployment rate moving down to 4.7 percent.

Consumer confidence in February was at a 15-year high.

On the other hand, the price index for personal consumption expenditures reached 1.9 percent in January, which marks its fastest annual pace in more than four years, just shy of the Fed's 2 percent target. (Yonhap)