National parks to crack down on illegal forest product collectors

The Korea National Park Service said Sunday that it will clamp down on those who illegally harvest forest products as part of its efforts to protect the parks’ ecosystem. 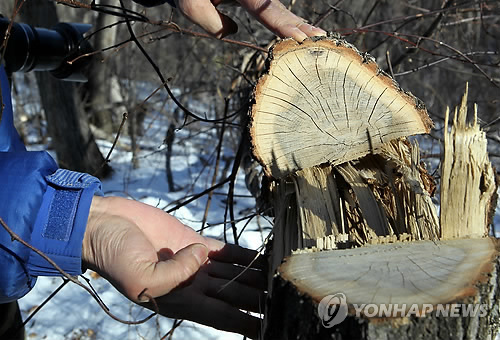 The agency will mainly try to block people who bring equipment to cut trees and harvest plants such as medicinal mistletoe, one of the most illegally collected forest plants in the national parks during the winter.

The KNPS said it will form a special task force to carry out the measure, which will run until the end of March.

“People usually take mistletoe from national parks mainly because it is used as a medicinal plant,” a KNPS official said. “They should know their harvesting of forest products could endanger many species connected to mistletoe.”

A total of 107 cases of illegal forest product harvesting have been reported in the past five years, according to the KNPS.