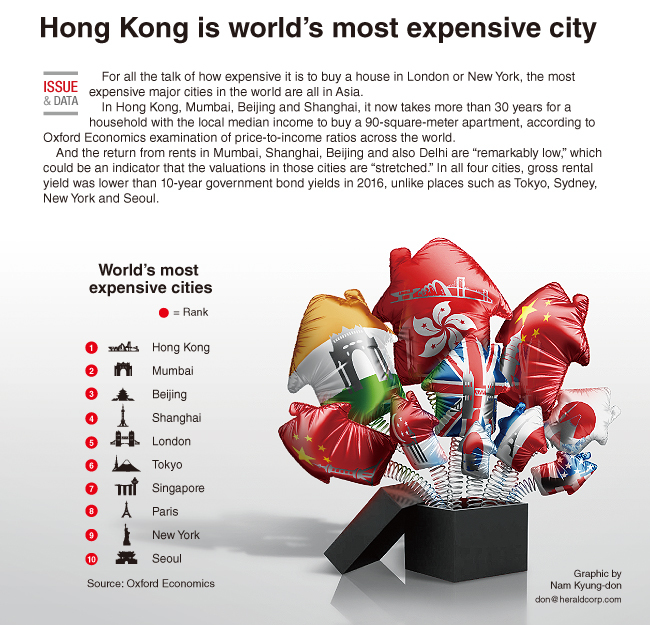 For all the talk of how expensive it is to buy a house in London or New York, the most expensive major cities in the world are all in Asia.

In Hong Kong, Mumbai, Beijing and Shanghai, it now takes more than 30 years for a household with the local median income to buy a 90-square-meter apartment, according to Oxford Economics examination of price-to-income ratios across the world.

And the return from rents in Mumbai, Shanghai, Beijing and also Delhi are “remarkably low,” which could be an indicator that the valuations in those cities are “stretched.” In all four cities, gross rental yield was lower than 10-year government bond yields in 2016, unlike places such as Tokyo, Sydney, New York and Seoul.