By Park Ga-young
Published : Jan 8, 2017 - 18:11       Updated : Apr 22, 2020 - 15:26
As the monetary policy committee of the country’s central bank is set to have its first meeting of the year on Friday, eyes are fixed on their decisions on benchmark interest rates and economic growth projection.

At the meeting, the committee will unveil its revised growth target and decide on the interest rate. 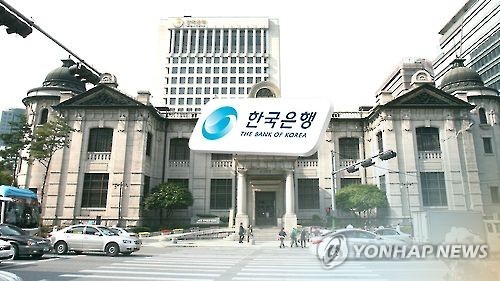 The meeting is likely to cut the forecast for economic growth. In the previous projection in October, the Bank of Korea had set its gross domestic product forecast at a 2.8 percent growth for 2017. But BOK Gov. Lee Ju-yeol had warned at the end of December that there were downward risks in the country’s economy this year while other government bodies and organizations also cut their forecasts for 2017. The South Korean government on Dec. 29, 2016 lowered the growth target to 2.6 percent from the previously set 3.0 percent six months earlier.

“As the growth rate slowed down in the last quarter in 2016 and there is no sign of improvement, BOK is likely to cut its forecast of 2.8 percent,” said Kim Ji-na, a researcher with IBK Securities Co.

If the monetary policy committee cuts its forecast, it would mark the lowest since 2012, representing the country’s prolonged economic difficulty. South Korea’s economy grew 2.6 percent in 2015 and is expected to log a 2.7 percent growth in 2016.

The meeting will also discuss whether or not it would move the benchmark interest rates.

Some experts say the central bank may lower the policy rate further to stimulate spending this year despite a recent rate hike in the US. But more experts see that the policymakers will decide to maintain the current interest rate of 1.25 percent and maintain its monetary easing policy.

“Although the pace of household debt increase has been slowing down in December, the central bank wouldn’t preemptively lower the interest rate considering the BOK governor has been emphasizing the need for looser financial policy recently,” Yoon Yeo-sam, a researcher with Mirae Asset Daewoo Co., said. “It might revise the growth rate but is very likely to keep the interest rate.”

On Dec. 15, the BOK’s financial and monetary board resolved to keep the interest rate at 1.25 percent a year despite the US interest hikes on Dec. 14. BOK Gov. Lee has said that the US rate increase does not necessarily mean the central bank will immediately raise its interest rates and the country still has more room for additional monetary easing policy in the new year.