[Graphic News] 69% of new businesses shuttered after one year 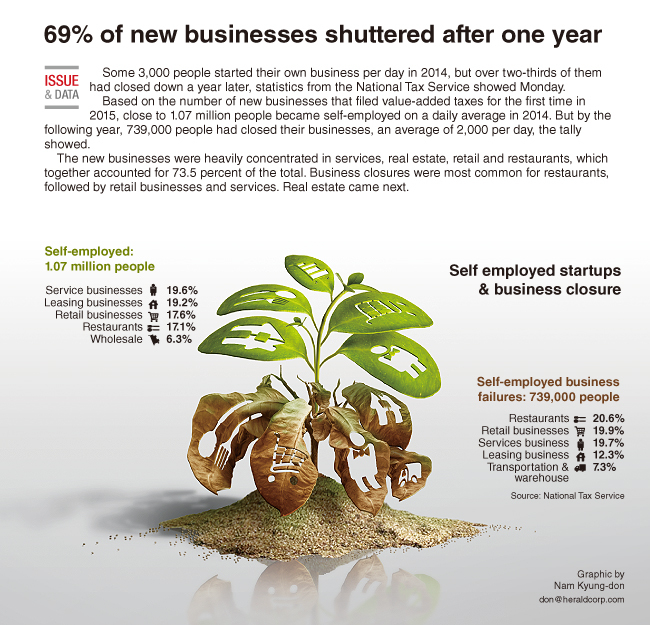 Some 3,000 people started their own business per day in 2014, but over two-thirds of them had closed down a year later, statistics from the National Tax Service showed Monday.

Based on the number of new businesses that filed value-added taxes for the first time in 2015, close to 1.07 million people became self-employed on a daily average in 2014. But by the following year, 739,000 people had closed their businesses, an average of 2,000 per day, the tally showed.

The new businesses were heavily concentrated in services, real estate, retail and restaurants, which together accounted for 73.5 percent of the total. Business closures were most common for restaurants, followed by retail businesses and services. Real estate came next.