Outstanding loans extended by South Korea's private moneylenders increased nearly 9 percent in the first half of this year from six months earlier despite a decrease in the number of customers, government data showed Thursday.

The outstanding loans by private loan service providers came to 14.4 trillion won ($12 billion) as of end-June, up 8.9 percent, or 1.2 trillion won, from the end of 2015, the authorities said. 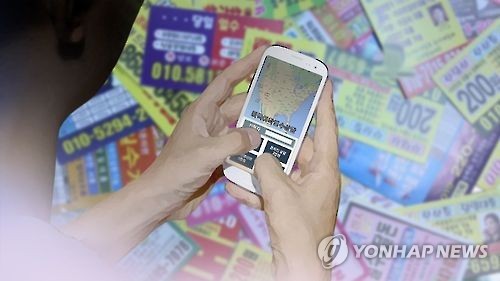 But the number of customers fell 1.8 percent to 2.63 million, apparently affected by a cut in the maximum legal interest rates from 34.7 percent to 27.9 percent.

Moneylenders, especially smaller ones, have scaled down loans to new customers with low credit ratings in a bid to avoid default risks amid concerns about reduced profit margins, according to market observers.

The number of registered moneylenders climbed 2.6 percent to 8,980 over the period.

In a joint statement, the Financial Services Commission and the Financial Supervisory Service said they will step up efforts to combat loan sharks while continuing policy support for low-income people in need of loans. (Yonhap)