The rule is expected to stir up controversy over whether Naver could allow the government to censor the Internet portal, although Naver claimed that it has not implemented the rule. 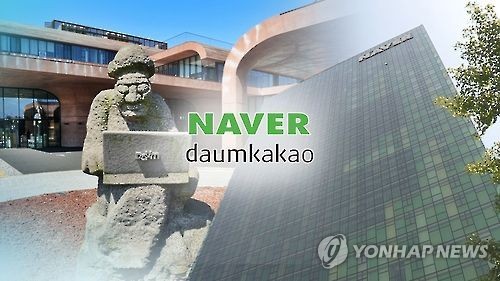 Naver offers the Real-Time Search service, which enables users to get the most up-to-date information without them having to make additional searches.

According to a report by the Korea Internet Self-governance Organization, an industry group of major Internet firms, such as NHN Corp. and Daum Communications, Naver established the rule in 2012.

The rule says Naver could remove certain search words from the list of the Real-Time Search service if administrative and judicial institutions ask the Internet portal to remove such words.

The administrative and judicial institutions include the presidential office, ministries, the National Intelligence Service, prosecutors, police and the court.

Critics have long warned that such requests could be exploited to manipulate public opinion.

The KISO report showed that Naver removed a total of 1,408 real-time search words without proper reasons in the first five months of this year, an average of about nine words per day.

Naver is also found to have removed thousands of search words per day if users request it to do so.

Certain search words on the Internet portal were also removed by requests from companies and universities, according to the report.

Yoon Moon-yong, a director of ICT policy at the Green Consumer Network in Korea, a consumer advocacy group, said the rule by Naver is "poisonous" because it could undermine people's right to know and allow the government to systematically control the Internet.

Questions were also raised why Naver has kept the rule, while claiming that it has never implemented the rule.

Naver said the rule is needed to cope with a possible request from law enforcement authorities.

"For example, a suspect should not be exposed on the list of real-time search results," Naver said.

Naver has removed thousands of search words per day from its Sequence Search service, which finds the most accurate search results using the right conditions for users who do not know what the search word is.

During the March-May period this year, a total of 119,317 search words were removed from the Sequence Search service, the KISO report showed. (Yonhap)