BioCND to begin clinical trials of Lucentis biosimilar in Korea

The Korean Ministry of Food and Drug Safety has approved its plans to start phase 1 clinical trials of BCD300, which references Novartis’ Lucentis (ranibizumab), used primarily to treat eye illnesses such as age-related macular degeneration and diabetic retinopathy.

BioCND said it will begin the first-phase clinical trials from early next month to test the drug’s efficacy and pharmakokinetics with the originator drug. 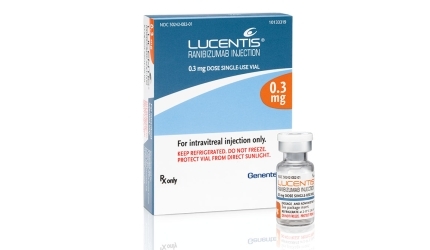 Based on trials' results, the company expects to conduct phase 3 clinical trials of BCD300 in Korea and overseas locations, starting with countries in Asia and South America, it said.

Biosimilars refer to cheaper, near-replicas of biologic drugs which have lost patent protection. Lucentis, which generated an estimated $3.6 billion in global sales last year, is scheduled to lose its patents between 2018 and 2022.

Unlike newly developed drugs which are required to complete phase 1, 2 and 3 clinical trials before they can be submitted for approval, biosimilars are generally mandated to undergo only phase 1 and phase 3 trials.

BCD300 is the first Lucentis biosimilar to be developed by a Korean company, according to BioCND, which is also developing additional biosimilars referencing blockbuster drugs such as Humira and Avastin.

In May 2015, BioCND signed a partnership with China’s Qilu Pharmaceuticals to co-develop and market BCD300 as well.

On a global level, other companies are currently ahead in the race to develop biosimliars referencing Lucentis.

US-based Formycon is carrying out phase 3 clinical trials of its own Lucentis biosimilar, FYB201, Europe and the US, according to the US National Institute of Health’s Clinical Trials.gov and the EU Clinical Trials Register.

Meanwhile, US pharmaceutical company Pfenex has completed phase 1 and phase 2 clinical trials of its Lucentis biosimilar, PF582, in the US, according to ClinicalTrials.gov.

In addition, Coherus Biosciences announced in May this year that it has added a Lucentis biosimilar, CHS-3351, to its drug development pipeline.

Indian drug maker Intas also reportedly launched a biosimilar based on ranibizumab, the active ingredient in Lucentis, in India in June 2015. However, the drug's use has been limited to only India.