By 임정요
Published : Dec 8, 2016 - 11:36       Updated : Dec 8, 2016 - 15:32
Recent political turmoil surrounding President Park Geun-hye will likely create a bigger drag on the South Korean economy in the future, which is experiencing a tepid recovery due to faltering exports and lukewarm domestic demand, a government report said Thursday.

"The recovery pace of the South Korean economy slowed down to some extent due to sluggish production and investment," the finance ministry said in its monthly economy assessment report called the "Green Book." 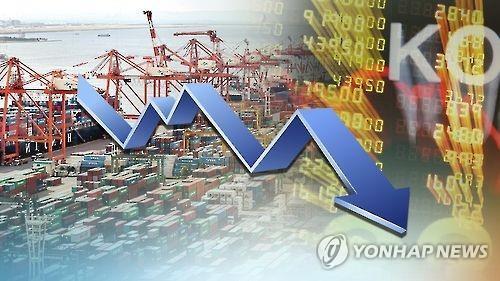 "With intensifying uncertainties stemming from a planned government transition in the United States and a possible U.S. rate hike, domestic issues will increase downside pressure on consumption and investment," it said.

The report is based on the latest economic indicators of such key factors as output, exports, consumption and corporate investment that could provide clues as to how the economy has been faring in recent months.

Industrial output fell 1.7 percent in October from a month earlier due mainly to the production halt of Samsung Electronics Co.'s Galaxy Note 7, while production of the service sector edged down 0.2 percent on-month last month, continuing its downward pace for two months in a row.

Exports, on the other hand, made a rebound for the first time in three months to gain 2.7 percent in November, largely led by one-off factors like increased business days.

The finance ministry said downside pressure is expected to be intensified in the coming months as the country has fallen into turmoil due to the snowballing political scandal involving President Park.

"The government will tighten monitoring of external and internal risks and take swift action if necessary," it said. (Yonhap)