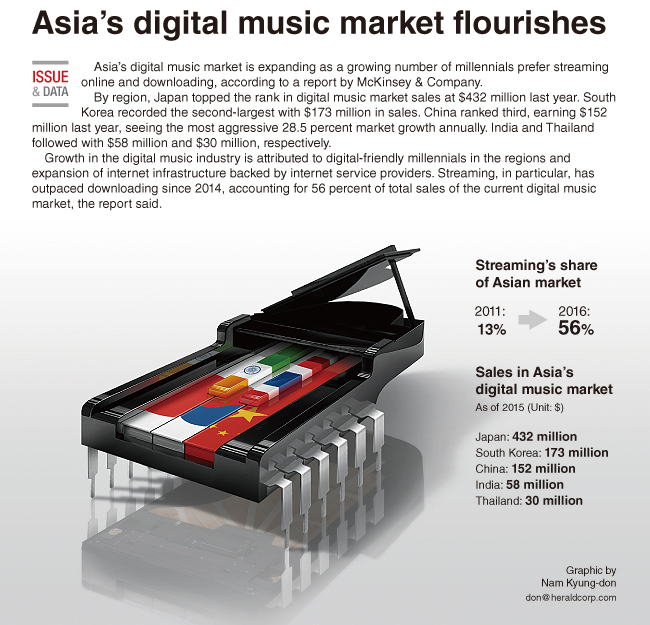 Asia’s digital music market is expanding as a growing number of millennials prefer streaming online and downloading, according to a report by McKinsey & Company.

Growth in the digital music industry is attributed to digital-friendly millennials in the regions and expansion of internet infrastructure backed by the local internet service providers. Streaming, in particular, has outpaced downloading since 2014, accounting for 56 percent of total sales of the current digital music market, the report said.