‘The Lion in the Living Room’ explores why we love cats 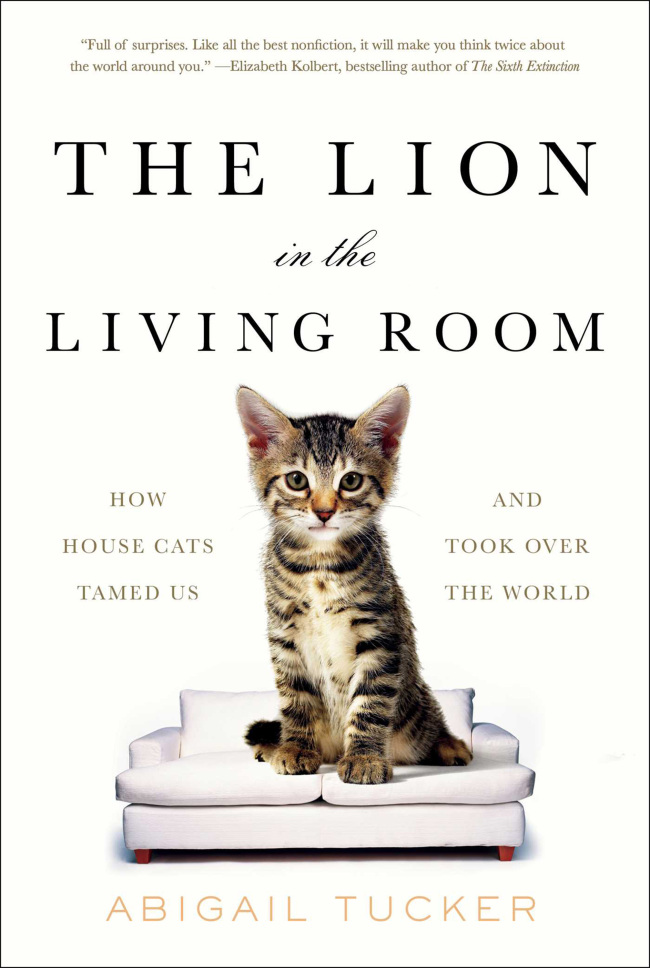 “The Lion in the Living Room: How House Cats Tamed Us and Took Over the World”

I read much of Abigail Tucker's “The Lion in the Living Room,” appropriately, with a cat on my lap. And though I sat quietly, she did not: sometimes perching on the arm of my chair, staring vaguely but fixedly into space while her tail blocked the pages; sometimes jumping out of my lap and noisily racing around the room for no apparent reason; sometimes launching into an impromptu round of claw-sharpening on the upholstery, despite having been told “NO” eleventy-billion times.

In other words, my beloved orange tabby seemed hell-bent on proving Tucker’s thesis: That while house cats are the world‘s most popular pet -- both in the flesh and online -- they offer us curiously little in return.

Outdoors, they spread disease, annihilate bird species and aren’t as good at controlling rodent populations as they’re said to be. Indoors, cats are self-contained -- “They don’t need people to complete them,” writes Tucker -- and mostly sedentary. Unlike dogs, they have few innate duties and don't seem to care whether they please us.

But “The Lion in the Living Room” is no anti-cat screed. Tucker, a correspondent for Smithsonian magazine, is an engaging writer and a sucker for the felines.
By Moira Macdonald