The statement by Samsung's American unit, issued last Friday, came as Samsung is trying to limit the damage done by the unprecedented discontinuation of the Galaxy Note 7 over safety concerns. 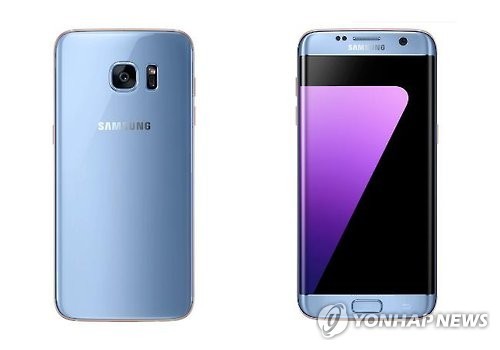 "Samsung stands behind the quality and safety of the Galaxy S7 family. There have been no confirmed cases of internal battery failures with these devices among the more than 10 million devices being used by consumers in the United States," Samsung said in the statement.

"However, we have confirmed a number of instances caused by severe external damage," it said. "Until Samsung is able to obtain and examine any device, it is impossible to determine the true cause of any incident."

The US Consumer Product Safety Commission has received a total of five cases of battery fires or failures involving the S7, the S7 Edge or the S7 Active so far this year, according to Samsung officials.

Those cases were related to battery chargers or cables, not the devices.

An official at Samsung said the statement was issued after media reports about some incidents in North America, but there have been no such reports in South Korea.  (Yonhap)