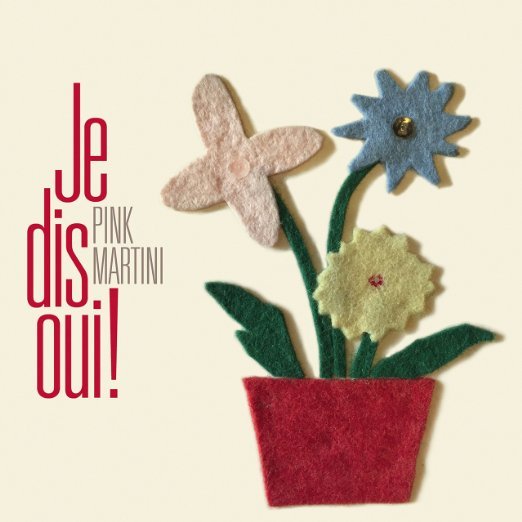 
Pink Martini brings its progressive commitment to “Je dis oui! (I say yes),” an entertaining global jaunt in eight languages and a whirling variety of styles.

With no airs and graces but plenty of splendor, Thomas Lauderdale’s big band/little orchestra explores songs from Armenia to Portugal, a few originals and American standards like “Love for Sale” on its ninth studio album.

NPR’s Ari Shapiro helps out on “Ov Sirun Sirun,” said to be most famous folk song from Armenia and a real tearjerker about unrequited love, while Rufus Wainwright sings “Blue Moon” with its now rarely-played introductory verse which further deepens the melancholy.

Songs from Turkey, Iran and Lebanon add to the subliminal “can’t we all get along” message saturating the album, world music from the times before it became just another marketing label and “exotic” sounds were not so easily within reach.

“Finnisma De” revamps a Chopin-quoting tune from the band’s first album as a yearning yet hopeful refugee song in Arabic, lyricist Iyad Qasem giving voice to the suspended destinies of so many.

Among the originals is a trio of songs in French sung by band mainstay China Forbes from “Souvenir,” a recent film starring Isabelle Huppert. She plays a singer who once lost to ABBA in the Eurovision song contest and is attempting a comeback with the support of her much-younger, boxer boyfriend.

In other words, one more story where Pink Martin feels right at home. (AP)