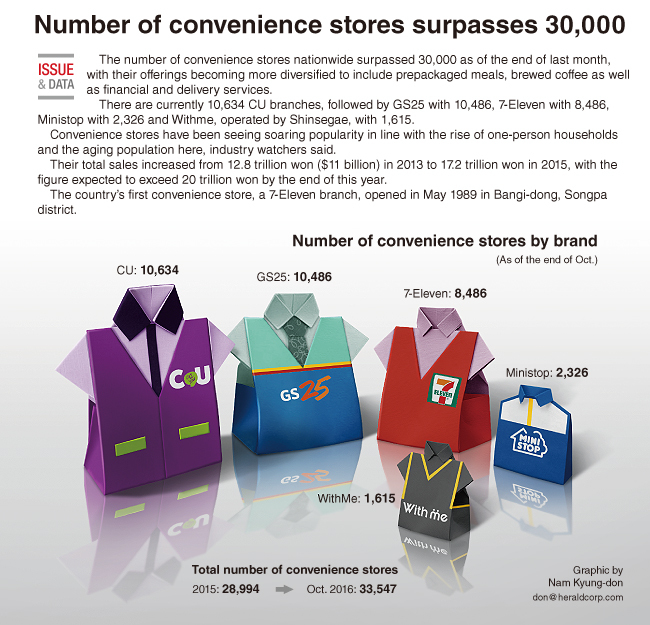 The number of convenience stores nationwide surpassed 30,000 as of the end of last month, with their offerings becoming more diversified to include prepackaged meals, brewed coffee as well as financial and delivery services.

Convenience stores have been seeing soaring popularity in line with the rise of one-person households and the aging population here, industry watchers said.

The country’s first convenience store, a 7-Eleven branch, opened in May 1989 in Bangi-dong, Songpa district.