All flights to be banned from taking-off, landing during college entrance exam

The ban will be enforced between 1:05 p.m. and 1:40 p.m. Thursday when some 600,000 students and college applicants will take the English listening part of the college scholastic ability test, the Ministry of Land, Infrastructure and Transport said. 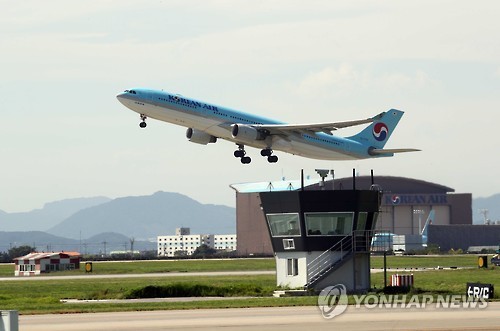 All except emergency aircraft will be banned from taking off and landing at all airports in the country as the students will be taking the test at 1,183 test centers scattered throughout the country, and they require silence for the crucial test, it noted.

All aircraft will also be asked to remain at least 3 kilometers above ground during the period of the listening test.  (Yonhap)