According to Gallup Korea’s survey for the second week of November, more Koreans -- 90 percent compared to the previous week’s 89 percent -- disapprove of the job Park is doing as president.

There was zero support for the scandal-hit conservative leader among 20-somethings and in the liberal stronghold of Honam -- South and North Jeolla provinces. 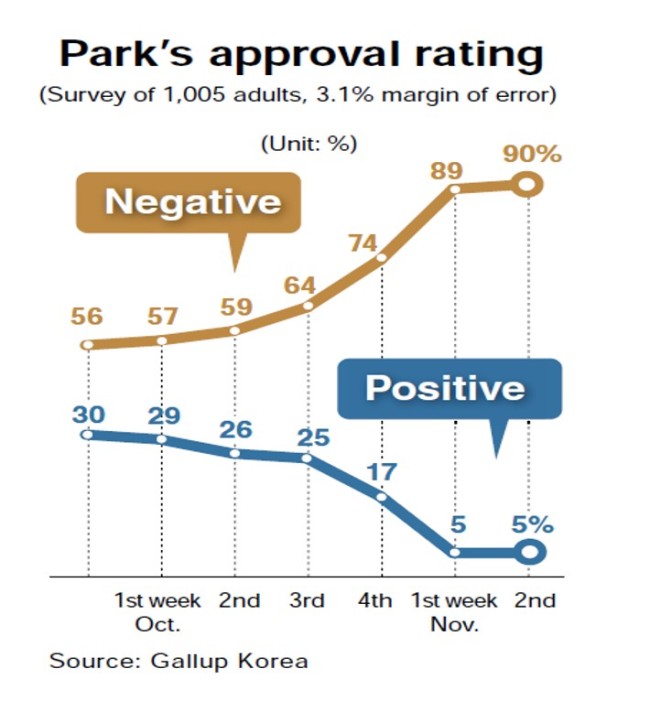 Support for Park’s governing Saenuri Party also continued to decline, the poll showed, reaching 17 percent, the lowest in the history of the conservative camp, including the era under the Grand National Party.

The corresponding figure for the main opposition Democratic Party of Korea was 31 percent, unchanged from the previous week.

The weekly poll was conducted after Park’s nationally televised apology last Friday in which she said she would undergo a probe, if necessary. She also proposed that opposition parties field a candidate for a prime minister who would then form a new Cabinet.