By Korea Herald
Published : Nov 11, 2016 - 15:34       Updated : Nov 11, 2016 - 15:37
The probe into suspected shady business deals made in connection with President Park Geun-hye and her longtime friend Choi Soon-sil is now turning to the nation’s top conglomerates, as the prosecution seeks testimonies on their alleged secret meetings with the nation’s troubled leader.

The prosecution said Thursday that it will summon seven conglomerate owners over allegations that they were asked by President Park to provide funds to two controversial foundations led by Choi and her associates in exchange for business favors. If summoned, they are expected to be questioned as witnesses.

On Friday, the prosecution summoned Posco Chairman Kwon Oh-joon, who is not among the seven but is linked to separate suspicions surrounding the alleged involvement of Choi’s associates in the company’s 2014 sale of an ad agency.

Industry watchers liken the current direction of the probe to another investigation which took place in 2003, when conglomerates were revealed to have delivered tens of billions of won to the camp of the Grand National Party’s presidential candidate during the 2002 election. The explosive case led to a few arrests and fortified political funds law.

Chaebol leaders are often suspected of colluding with the government, which allegedly connives with them due to their contributions to the economy.

But it is the first time that the prosecution is directly targeting specific chaebol leaders for alleged dubious ties.

Korean businesses, however, fear the impact of the unprecedented probe on their operations, which are already hit by the deteriorating global economy and fierce market competition. Some say summoning the chiefs is unfair as they are victims to political exploitation.

“Companies have squeezed out the money whenever a new administration comes in, in fear of retaliation,” said a company official on condition of anonymity. “Such hierarchy has existed for years, making companies subservient.”

Tycoons and delegates from the seven conglomerates are said to have held one-on-one meetings with President Park in late July last year.

CJ Group co-Chair Sohn Kyoung-shik also allegedly met Park in place of his nephew Lee Jay-hyun, who was then in hospital after being sentenced to prison for embezzlement.

As for SK Group, Kim Chang-geun, chairman of the Supex Council, the group’s decision-making body, reportedly attended a meeting with Park, instead of SK Group Chairman Chey Tae-won, who was imprisoned at the time for embezzlement. Chey was pardoned the following month.

On July 24, Park had invited 17 business chiefs and owners to a lunch, which was widely reported by the media. It was recently revealed that on the day and the following day, Park allegedly held separate talks with the seven big companies. These alleged meetings were not disclosed to the public. The prosecution reportedly seized records of the meetings during searches related to former and current Cheong Wa Dae officials earlier this month.

“Some companies such as Samsung, SK and Hanwha each had problems of their own at that time. They might have wanted something from the president,” said the official.

Around the time of the meetings, Samsung was agonizing over Lee Jae-yong’s succession scheme, while SK, CJ and Hanwha were seeking for Park’s clemency on their chiefs ahead of the Aug. 15 Liberation Day.

The prosecution, however, now remains undecided on whether to bring them in for questioning or to have them submit written reports. It said it is aware of the impact of summoning business tycoons, considering their significance in the nation’s economy.

But investigators believe that the chaebol chiefs who allegedly met Park last year hold the key to the ongoing probe into her alleged involvement in the operation of the two foundations. 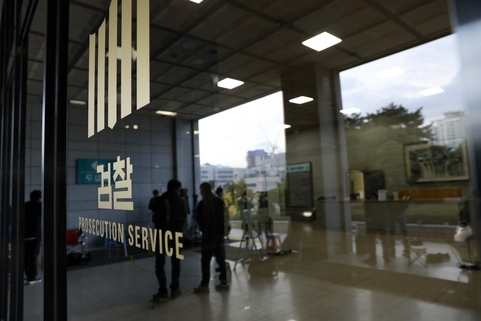 Suspicions have emerged that not only Choi but also Park asked the chaebol leaders for money. But the businesses have mostly refused to confirm whether such meetings took place, reiterating that it is unheard of for their chiefs to have private conversations with Park.

Meanwhile, the prosecution has decided to summon Posco Chairman Kwon for questioning over suspicious sales of the steelmaker’s in-house ad company, Poreka.

Suspicions have been growing that a former senior presidential secretary threatened a local ad company to purchase Poreka and to hand over 80 percent of shares to a third party associated with Cha Eun-taek, a close associate of Choi. Posco Chairman Kwon is the one who finalized the sale of Poreka in 2014. The prosecution plans to question Kwon on whether he was aware of the alleged scheme before finalizing the sale.

A Posco worker said that many in the office are distressed about Kwon being the prosecution’s first investigation target.

As part of widening probe, the prosecution also summoned the CEOs of Kumho Asiana Group and Booyoung Group, and an executive from LS Group for questioning over suspicions that they were all forced to offer money to the Mir and K-Sports foundations.