According to a Gallup Korea survey conducted this week, Park's approval rating plunged 12 percentage points from a week earlier, marking a seventh consecutive week of decline from early September when the figure stood at 33 percent.

The portion of respondents negative of her job performance came to 89 percent, up 15 percentage points on-week, while 6 percent remained undecided. 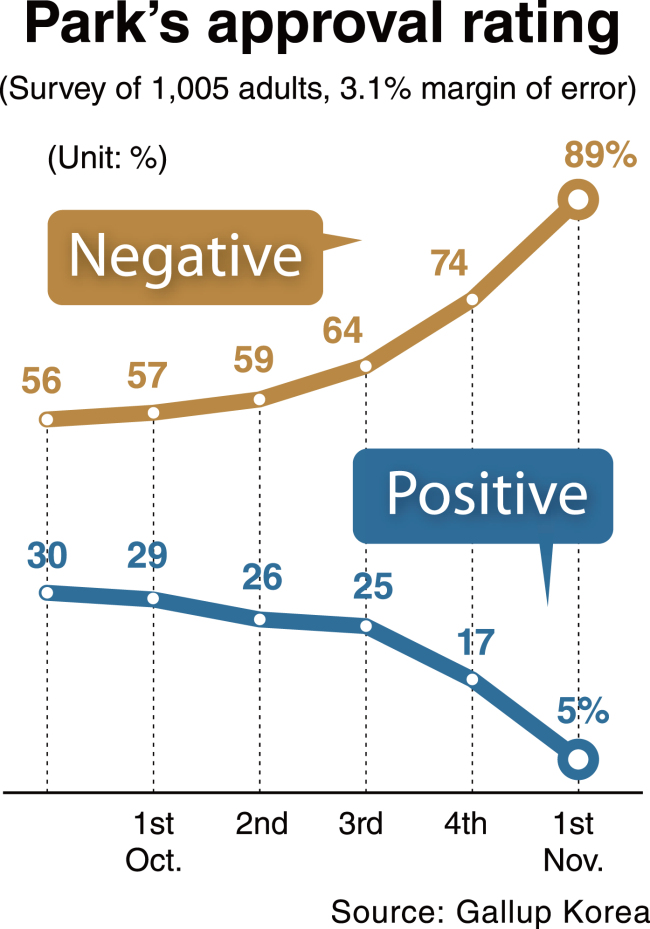 Park's approval was 2 percent in Seoul and 0 percent in the liberal-leaning South Jeolla Province, with the figures in Daegu and North Gyeongsang Province, largely supportive of the conservative bloc, standing at 10 percent.

The rating among people in their 20s and 30s recorded 1 percent, while 13 percent of those aged 60 and above approved of her performance.

The poll was conducted between Tuesday and Thursday with 1,005 adults across the country, with a 3.1 percent margin of error.

On Friday, Park made her second apology on the scandal, adding she is willing to accept the prosecutors' investigation if necessary.

The presidential office announced a reshuffle of top officials earlier this week to allay public outrage, only to face a barrage of criticism for not consulting with political parties beforehand. (Yonhap)