According to Samsung Securities, the combined revenue and operating profit of the three air carriers are likely to increase 7.4 percent and 59 percent to log 5 trillion won (US$4.47 billion) and 597.1 billion won, respectively, in the July-September period.

An uptick in international route yield -- average revenue per passenger -- has helped the firms to improve their earnings, said Kim Young-ho, an analyst at Samsung Securities. 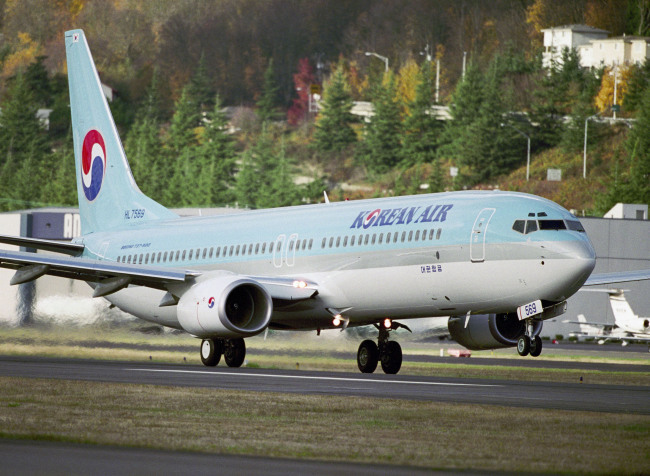 “A growing demand for travel and oil prices that have decreased 12 percent from a year ago also had a positive impact,” he said.

Jeju Air, the country’s largest low-cost carrier, is expected to log the most solid gains against other two full-service carriers, by reporting 219.6 billion won in revenue, up 31.8 percent on-year. Its operating profit is forecast to surge 128.2 percent to 38.3 billion won.

He added that Value Alliance, the Asia-Pacific region’s first alliance comprising eight low-fare carriers including Jeju Air, will also help the firm to boost its revenue and usage of its networks when the it launches next year.