The country‘s trade surplus came to US$6.9 billion last month, down 22.4 percent from $8.89 billion tallied a year earlier, according to the data from the Korea Customs Service.

But it marked a 35-percent on-month jump from a seven-month low of $5.1 billion in August.

The on-year decline in trade surplus was led by a steep decline in exports that outpaced a fall in imports amid contracted demand at home and abroad. 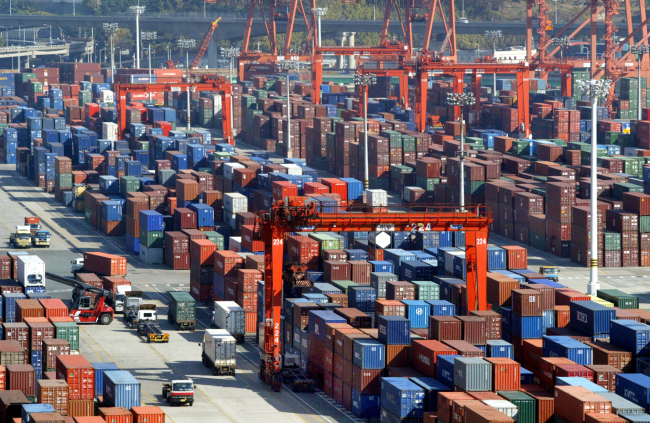 South Korea’s outbound shipments had posted negative growth for a record 19th consecutive month through July, and rebounded in August for the first time in 20 months.

But they relapsed into negative terrain again in September due to a sharp drop in cars and mobile phones amid partial strikes at major carmakers including industry leader Hyundai Motor and the worldwide recall of Samsung Galaxy Note 7.

The country is expected to post another negative exports figure for this month as the latest customs data showed that exports tumbled 18.2 percent in the first 10 days of October from a year earlier.