By 박한나
Published : Oct 16, 2016 - 16:41       Updated : Oct 17, 2016 - 07:46
[THE INVESTOR] The South Korean Supreme Court’s latest ruling over the legality of wiretapping the country’s dominant mobile messenger KakaoTalk for investigative purposes is igniting controversy between the prosecution and related stakeholders. 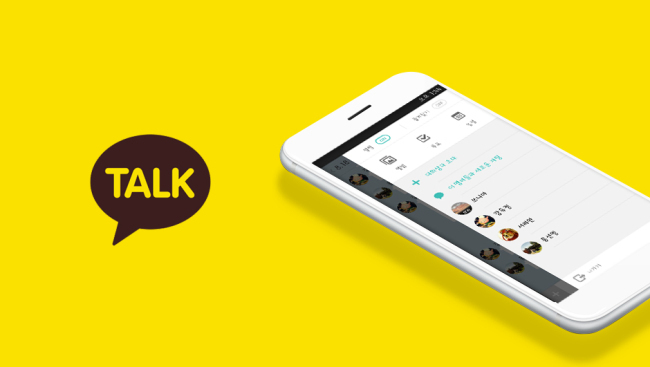 Last Thursday, the Supreme Court of Korea ruled that conversations taken from KakaoTalk severs cannot be recognized as wiretapped evidence, as they were not seized in real time as mandated by the legal definition of “wiretapping.”

The ruling over what constitutes “wiretapped evidence” came as the court was reviewing various evidence alleging that a leftist civic group violated the National Security Law.

Up to now, Kakao has been handing over personal conversation records saved on its servers during selected time periods as requested by the prosecution. Kakao, which currently lacks technical maneuvers to monitor users’ conversations in real time, would compile the records for three to seven days and later submit them to prosecutors.

However, the Supreme Court saw this particular method of data extraction as falling out of bounds with the definition of real-time “wiretapping” as stipulated by Korea’s telecommunications data protection law.

Following the court’s decision, Kakao, operator of KakaoTalk, on Friday announced that it would stop providing data in response to prosecutors’ wiretapping requests in accordance with the ruling. KakaoTalk is currently used by some 41.5 million users here.

“We will stop providing KakaoTalk conversation records to the prosecution as wiretapped evidence in line with the Supreme Court’s decision,” KakaoTalk said in a statement to the local media.

The same day, the Supreme Prosecutors’ Office issued a statement criticizing the court’s decision as one reached without proper knowledge of KakaoTalk’s technological limitations.

“The court made the ruling without knowing that there is no technical means to monitor (KakaoTalk conversations) in real time,” the body said.

The prosecution perceives access to KakaoTalk conversations as a critical part of major criminal investigations such as those involving murder, theft and sexual assault.

Retracting this authority because of the method of data extraction does not adhere to a strict interpretation of “wiretapping” is unrealistic, it argued, calling for legal changes.

At the same time, the Supreme Prosecutors’ Office claimed that even if Kakao no longer has to abide with the prosecution’s “wiretapping” requests, it would still be legally obliged to submit conversation records as part of “search-and-seizure” operations.

The recent turn of events has raised fresh concerns over how to draw the line between the protection of user data and the need to obtain personal data for investigative purposes.

In 2014, Kakao, known as Daum Kakao at the time, came under public scrutiny for refusing to abide by the prosecution’s request to wiretap users accounts for criminal investigations, citing user privacy protection.

In October 2015, however, Kakao’s new CEO Rim Ji-hoon announced that the company would “follow the prosecution’s wiretapping requests as mandated by local telecommunications law.”

Kakao’s actions at the time prompted many Korean users disgruntled by the government’s censorship of personal data to boycott KakaoTalk and turn instead to Telegram Messenger -- a mobile messenger equipped with more secure data encryption technologies.

“The Supreme Court made a wise decision, which is likely to relieve widespread public concerns over the security of personal information shared via social networking platforms,” said Rep. Park Ju-min of the main opposition Minjoo Party of Korea.

The minor opposition Justice Party called the court’s ruling a “timely and forward move taken as society enters the new information age” in a public statement.

Lawyers for a Democratic Society said the court’s decision has “shed light on the prosecution’s one-sided investigative methods,” stressing the need to contain the government’s censorship of private information as much as possible in today’s digital age.