On Oct. 13, he pledged that he “would at any cost find the exact cause (of the faulty Galaxy Note 7) to restore trust of consumers so that they can use Samsung products without any safety concerns.”

Admitting that he was frustrated as were others over the past weeks due to the Note 7 crisis, he apologized and expressed his gratitude to the Samsung members for their support in tough times. 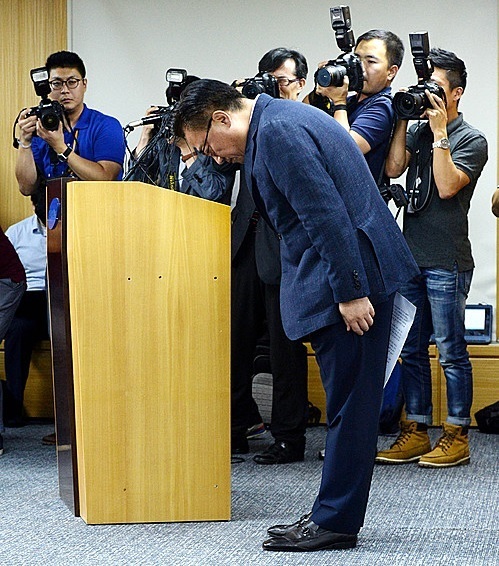 Some Samsung employees have put up a series of posts on the firm’s online message board to support the Samsung president and the company as a whole, and to boost the morale of other employees.

Koh took the helm of the mobile division after his predecessor Shin Jong-kyun, who currently oversees the information technology and mobile communications division that has the mobile business unit under its arm, stepped back from day-to-day business operations.

The Samsung president has played a key role in embracing innovations in the big-size Note smartphone, such as a stylus pen, a marquee feature of the lineup, and Samsung Pay, a mobile payment solution.

Entering Samsung in 1984, he fast climbed the corporate ladder and led development units at Samsung’s mobile business division since 2007.

In order to hold him responsible for the Note 7 fiasco caused by below-par quality control, Samsung Group could dethrone him from his post, according to some news reports.