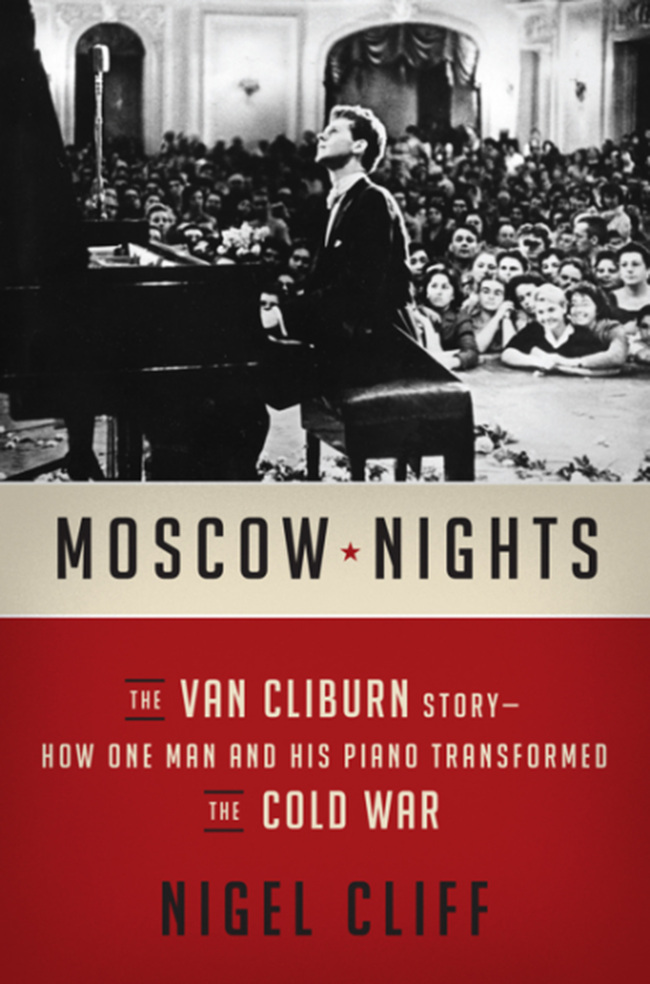 In 1958, at the height of the Cold War, a gangly young Texan with an impressive mop of blond curls and an aw-shucks manner traveled to the Soviet Union to take part in the first International Tchaikovsky Competition. Sputnik had just been launched, and the Russians were swaggering.

The music competition was intended as Soviet propaganda, and there was almost no question that a Russian would win. The event took place in Moscow; most of the judges were from the Soviet bloc and the music to be performed was mostly Rachmaninoff, Tchaikovsky and some “Russian or Soviet composers barely known in the West.”

But the Soviets had not counted on the young Texan. His name was Van Cliburn, and the romantic Russian composers were his passion.

In his entertaining, delightful biography, “Moscow Nights: The Van Cliburn Story; How One Man and His Piano Transformed the Cold War,” historian Nigel Cliff gives a cradle-to-grave account of Cliburn‘s life, concentrating heavily on the 1958 competition and its aftermath.

Cliburn, of course, won the competition, his performance stirring memories “of the golden age of Russian piano playing with its sweep and its passions; its rich gorgeousness and its forceful personality.” And he won over the Russian people, who went wild for him the way Americans went wild for Elvis Presley. Women fainted, staked him out, sent him presents and love letters, wept when he played, rushed the stage, screamed his name: “Vanya Kleeburn! Vanya Kleeburn!” (TNS)