The daily average of mobile payments came to 20.7 billion won ($18 million) in the April-June period, up 7.2 billion won from the previous quarter, according to the data from the Bank of Korea. 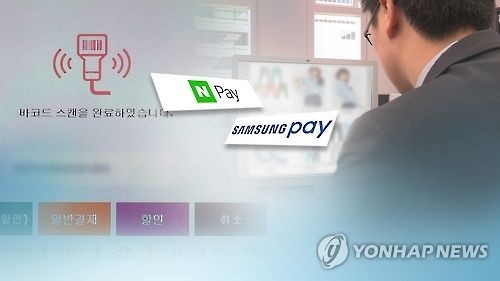 Mobile payments allow users to preregister their credit or debit cards and make transactions simply by logging in with their passwords or touching their smartphones to payment terminals.

The BOK said 28.17 million cards were preregistered on users' smartphones in the second quarter. It also said the daily average number of mobile payments increased 82.9 percent on-quarter to 810,000.

As of end-June, 11 mobile payment services are available in South Korea, including KakaoPay, Naver Pay and Samsung Pay.