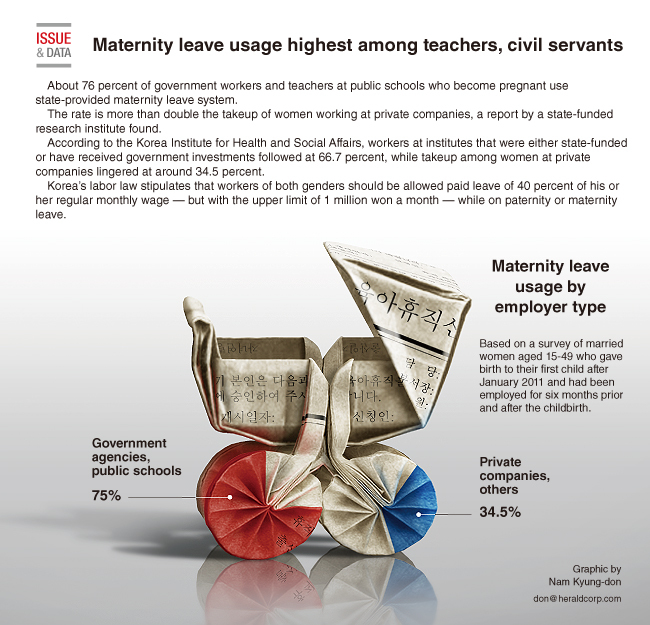 About 76 percent of government workers and teachers at public schools who become pregnant use state-provided maternity leave system.

The rate is more than double the usage of women working at private companies, a report by a state-funded research institute found.

According to the Korea Institute for Health and Social Affairs, workers at institutes that were either state-funded or have received government investments followed at 66.7 percent, while take-up among women at private companies lingered at around 34.5 percent.

Korea’s labor law stipulates that workers of both genders should be allowed paid leave of 40 percent of his or her regular monthly wage -- but with the upper limit of 1 million won a month -- while on paternity or maternity leave.

But few women -- and fewer men -- take the option due to fear of being disadvantaged at work.

The data also showed that 78.5 percent of public school teachers and government workers were able to come back to work after giving birth, and the figure was 83.3 percent for government-funded institutes. But only 63.1 percent were able to do so at private companies.