On Sept. 27, the IoT solution company Egencomz (CEO: Kang Sang-koo) announced that it will be supplying Ewha Womans University Medical Center with “step UP,” a health statistic management and disaster response system. 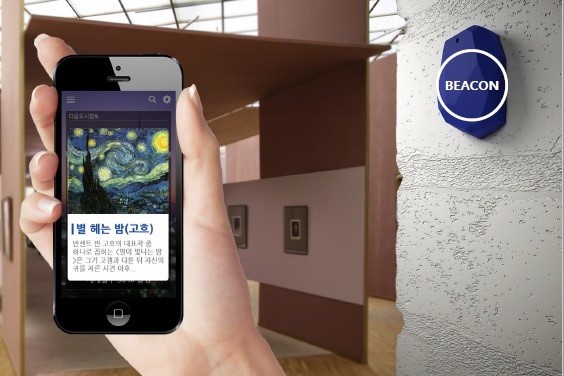 The system is composed of sensors installed throughout the building that record the number of steps people take on the stairs. In the event of a natural disaster, the sensors also show the locations of people inside the building.

Developed independently by Egencomz, the step UP system takes various health-related measurements while users walk up the stairs, an activity that involves aerobic and anaerobic exercise simultaneously. These measurements facilitate personal health management and the system connects users to entertaining content and a donation system.

“We are focusing on creating a wide range of IoT-based solutions that are centered on health and safety,” said Kang Sang-koo, CEO of Egencomz.

The company’s new system operates based on Bluetooth-based beacons installed at each floor of the stairway that record the number of floors a user ascends. In addition, users can see the number of calories consumed and an estimated healthy life expectancy via the mobile app, compete with colleagues or friends in a “walking around the world” competition based on the number of steps taken, or even accumulate funds that they can then donate.

Because the system is based on installed beacons rather than GPS, a user’s location can be found immediately, no matter where they are in the building.

Egencomz is also preparing to release “KidsBus,” a system that enables parents to track the location of their children as they ride their hagwon (private academy) bus, and a smart facility management system that can be applied to office spaces and other places of business.