By Korea Herald
Published : Sept 26, 2016 - 15:33       Updated : Sept 26, 2016 - 15:33
The trade union of Korea Exchange, the operator of the country’s stock trading boards, is protesting the government’s nomination of a former senior official as the next CEO of their company, criticizing the outdated “revolving door” or “parachute appointment” customs of the government. 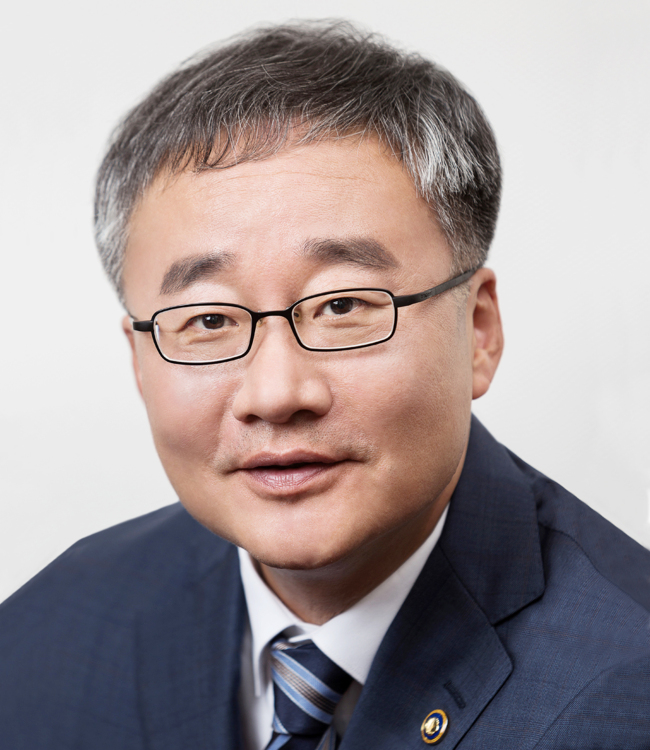 On Monday, the KRX labor union held a press conference in opposition to the nomination of Jeong Chan-woo, former vice chairman of the Financial Services Commission, in front of the National Assembly in Yeouido together with lawmakers of the opposition Justice Party.

“Jeong was called the ‘Woo Byung-woo’ of the financial sector, who brought in disasters in the sector by nominating inadequate figures like Hong Ky-ttack as KDB chairman,” the union said in a keynote speech, referencing the embattled presidential aide. “When he served at the Korea Institute of Finance, he actively defended Lone Star, and he even caused the savings bank crisis, making him totally disqualified for the KRX CEO position that is tasked to lead the country’s capital market.”

The union revealed that Jeong defended Lone Star in a dispute with Olympus Capital in 2011 while serving as a senior researcher at the KIF.

US buyout fund Lone Star has built a bad reputation in Korea, especially after selling Korea Exchange Bank to Hana Financial Group for 3.9 trillion won in 2012, a value far lower than the bank’s labor union demanded. The fund had sought an immediate exit from the Korean market as the bank’s shares had declined at the time.

Jeong was also involved in loosening regulations on individual credit loans at savings banks, which caused a series of shutdowns of such banks saddled with soured bonds in 2012, the KRX labor union argued.

Jeong is known to be an ally of President Park Geun-hye, since he served at the presidential transition committee for inauguration of the Park government. He applied for proportional representation with the ruling Saenuri Party for the April general election, but failed to earn a nomination.

“We can never accept Jeong as a candidate for KRX CEO, since KRX is being used by around 3 million investors and exerts massive influence on the national economy,” the union said.

The union has opposed the nomination since the decision was made on Sept. 13, and voted for a strike on Thursday.

Since he is the single candidate proposed by the financial authority, Jeong’s nomination has a high likelihood to be approved by the KRX board Friday.

As a possible nominee for the next CEO of Industrial Bank of Korea, Hyun Ki-hwan, the former senior secretary for policy coordination at Cheong Wa Dae, is being considered, according to industry sources.