According to the Korea Automobile Manufacturers Association, carmakers in Korea sold a combined 26,161 cars while those in Germany sold 25,031 cars.

Sales of green cars in Korea between January and June surged 64 percent from the previous year, while Germany saw a 21 percent increase in the same period. Germany is the third-largest market for green cars, followed by the UK and France. 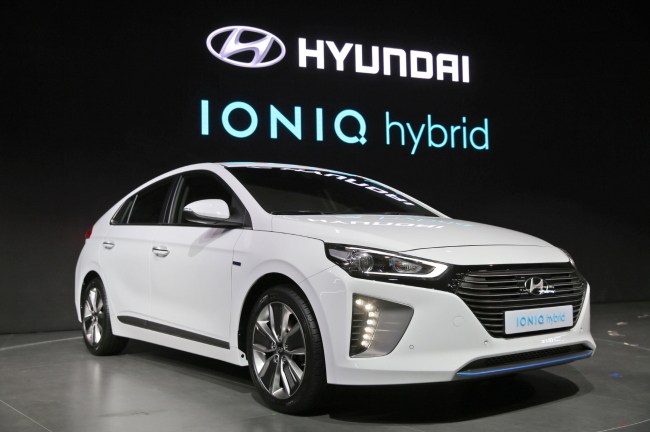 The KAMA attributed the rapid increase of green car sales to the debuts of electric and low emission cars by Korean carmakers this year.

Hyundai Motor, the nation’s largest carmaker unveiled the Ioniq line of environmentally friendly vehicles, while its sister company Kia rolled out the Niro hybrid. Hyundai sold 5,204 units of the Ioniq and Kia sold 8,366 units of the Niro.

Among these types, the popularity of hybrid cars has prevailed in and out of the country.

Most green cars sold here were hybrid cars, accounting for 97.2 percent of the total, which shows South Koreans’ clear preference for vehicles that have both a gasoline engine and an electric motor.

Hybrid cars also remained strong choices in Europe, accounting for 65.5 percent of the green car market there in the first half of the year, according to a report by the European Automobile Manufacturer’s Association.

A total of 203,024 units were registered in the first half of the year across Europe, a 22.7 percent increase from a year ago.