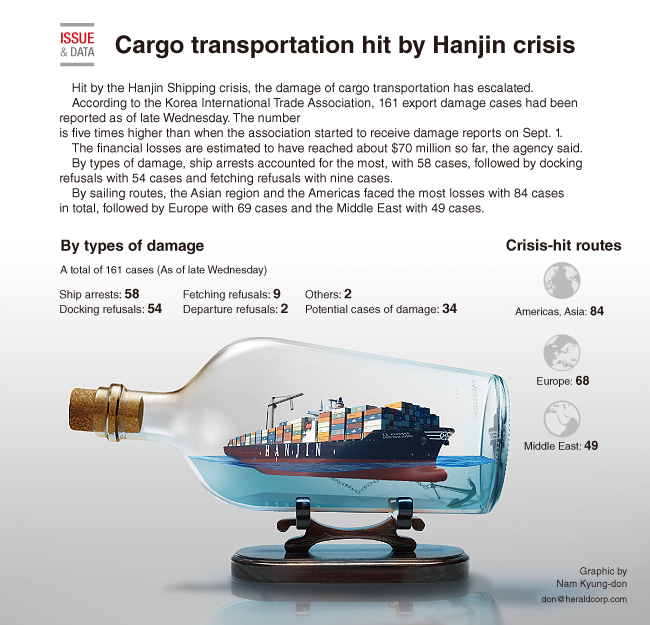 Hit by the Hanjin Shipping crisis, the damage of cargo transportation has escalated.

According to the Korea International Trade Association, a total of 161 export damage cases have been reported as of late Wednesday. The number is five times higher than when the association started to receive damage reports on Sept. 1.

The financial losses are estimated to have reached about $70 million so far, the agency said.

By sailing routes, the Asian region and the Americas faced the most losses with 84 cases in total, followed by Europe, with 69 cases, and Middle East with 49 cases.