Competition over OLED TVs will intensify starting next year with around 10 electronics companies taking the next-generation display technology as key products for the premium segment. 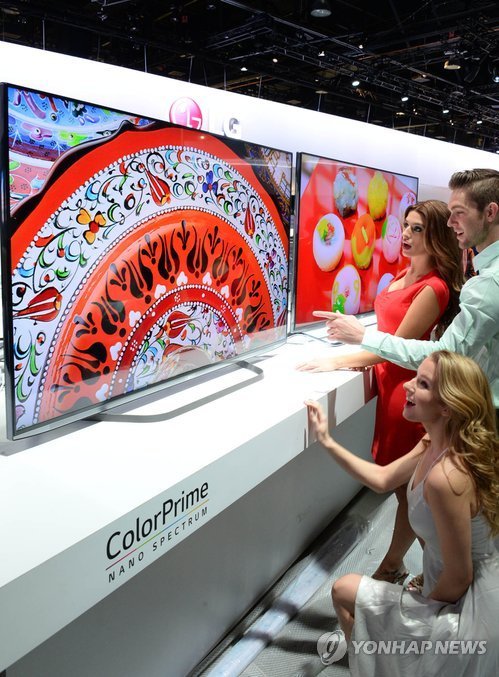 Expressing confidence, Kwon Bong-suk, executive vice president and CEO of LG Home Entertainment Company, said that LG will continue to take the lead in the OLED alliance and will wow the industry with an innovative TV set next year.

“We will unveil a new OLED TV with an exclusive hardware platform, that only LG could produce, at the CES trade show in January next year,” he said at a press conference held on sidelines of LG’s exhibition at IFA trade show.

“It could be a flat TV or a flexible TV,” he said. When asked of the possible debut of a rollable TV next year, he said it won’t happen next year, but such a TV, in principle, is a part of technical advancement stages of OLED display products.

In an apparent move to contain its arch rival Samsung’s quantum dot TV expansion in premium TV segment, LG will unveil a new TV lineup similar to that. It will position its own version of quantum dot TV in the category lower than OLED TVs.

“OLED TVs target the top 2 percent of customers in the market, where around 200 million sets are sold per year,” he said. “By introducing quantum dot TVs evolved from LCD TV technology next year, we will satisfy customers with various needs.”

Calling OLED the future of TV, Kwon also said that LG is in talks with aircraft manufacturers to use OLED for inflight displays and windows.

“We are currently discussing ways to utilize OLED not only for inflight displays but also for windows with aircraft manufacturers,” he said.