The Bank of Korea said Friday that the composite consumer sentiment index reached 102 last month, up from 101 in July. 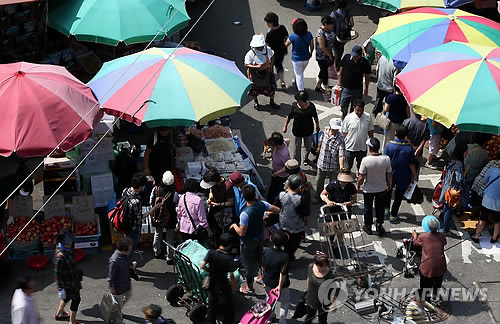 This marked that highest since December last year, and a second consecutive increase, the central bank data showed. A reading above 100 indicates that more households are positive about their economic future.

However, in a separate index measuring consumer sentiment toward employment improved reaching 83 last month from 76 in July as the country’s hiring season approaches in the fall.

Consumer confidence tracks sentiment among households that are randomly selected through a survey.