The display manufacturer rolled out the futuristic displays at a production facility located in Asan, South Chungcheong Province, with the prototypes displayed at such locations as BMW’s driving center on Incheon’s Yeongjongdo Island. 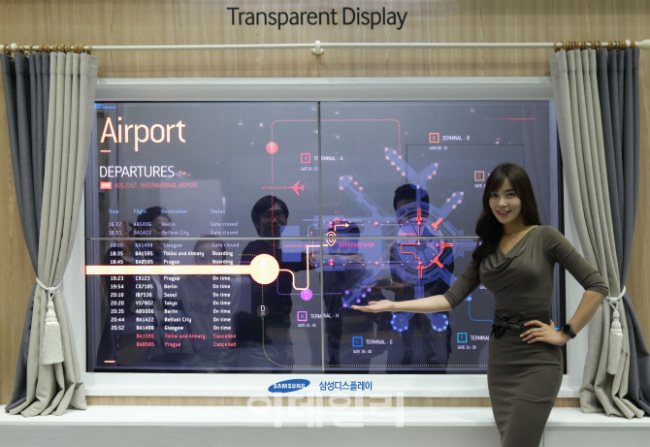 “The V1 production line is mainly used for research and development projects for experimental products. The company has not decided yet on what the production line will be used for,” a Samsung Display public relations representative said.

Industry watchers have predicted the production line could be replaced with those for smaller OLED displays, which has seen demand soaring upon increasing adoption from smartphone-makers, including Apple.

The latest move regarding the transparent displays is in line with the increasing demand for small and medium-sized OLED displays for mobile devices.