By Park Hyung-ki
Published : Aug 22, 2016 - 16:33       Updated : Aug 22, 2016 - 16:33
Contrary to the International Monetary Fund’s assessment that South Korea’s household debt is manageable in part due to increased regulations, the central bank sees the rapid growth of borrowings as a serious problem that could further undermine Korea’s economic structure.

In direct conflict with the Financial Services Commission, which has provided industry guidelines to curb borrowings, the Bank of Korea suggested that the country would need additional measures as the government’s regulatory guidelines does not seem to be enough to contain the situation. 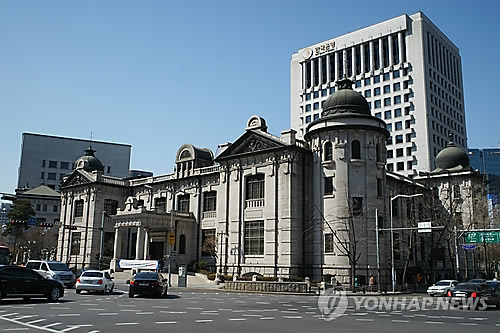 This comes as Bank of Korea Gov. Lee Ju-yeol noted that household borrowings on low interest rates from nonbanks have increased at a fast pace this year, saying that this further poses a risk to the economy with other growing concerns such as an aging society, low birth and low consumer prices. The central bank’s view is in tune with the Organization for Economic Cooperation and Development, which raised concerns that Korea’s household debt in proportion to disposable income is well above the OECD average.

“Our economy faces a few structural problems, such as low birth and aging population, along with household debt,” Lee told reporters last week.

His comments follow an earlier one he made after the August monetary policy meeting when he said, “Since a continued increase in household debt is not seen as appropriate, we believe we need to consider further measures if necessary.”

The FSC responded via a statement, claiming that its guidelines have been “effective” in slowing down the debt, in direct contrast to the BOK data showing that Korea’s household debt reached a record of 1,223.7 trillion won ($1.08 trillion) in the first quarter of this year.

The problem lies with mortgages, the central bank noted. Nonbanks such as mutual savings extended loans to households worth more than 14 trillion won from January-May this year, it said. Meanwhile, household mortgages from commercial banks stood at 664.5 trillion won in the first quarter, up from 583.4 trillion won a year ago, according to the FSC.

As the central bank and the regulator differ over this issue, the Finance Ministry stepped in to suggest a meeting where the three agencies can come up with a comprehensive measure on household debt.

The government and the central bank are expected to unveil the plan later this week.

The BOK has constantly noted the household debt problem in the country, hinting that it cannot further cut its key base rate because of it. Its record low rate of 1.25 percent was enough to support the economy, and it cannot risk by slashing it more as it could fuel household debt, the central bank said.

“On the other hand, Korea’s high household debt could constrain monetary flexibility. The central bank‘s effort to convert variable-rate mortgages to fixed rates in 2015 has alleviated some of the risks emanating from the household sector.”