According to KDB and Financial Services Commission, the bank plans to provide loans worth between 200 billion won (US$179.28 million) and 300 billion won to help DSME to combat its liquidity shortage and repay maturing debts.

The shipbuilder has been under pressure to repay commercial papers worth 400 billion won by Sept.9. 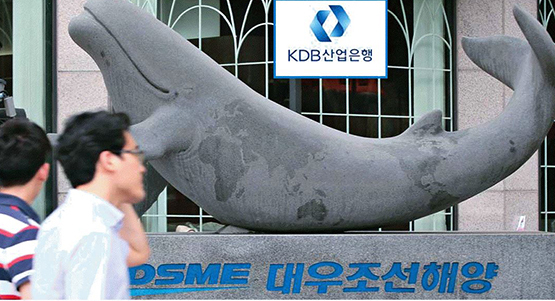 KDB’s decision to offer a loan to Daewoo Shipbuilding arrived after the shipbuilder announced that it will deliver two drill ships worth 1 trillion won to Angola’s oil company Sonagol late next month. The delivery is expected to overcome a liquidity crisis at DSME.

Hit by falling ship prices amid a global economic slump, South Korean shipbuilders, including DSME, have been struggling with mounting debt and falling orders.

DSME reported a net loss of 1.22 trillion won for the second quarter of this year, compared with a profit of 31.4 billion won in the previous quarter.