By 임정요
Published : Aug 18, 2016 - 10:57       Updated : Aug 18, 2016 - 18:04
Three vehicle models produced by South Korea's top automaker Hyundai Motor Co. and its affiliate Kia Motors Corp. took the top three spots in terms of best-selling cars in Israel in the first half of the year, also making their manufacturers the two most preferred brands in the Middle Eastern country, the companies said Thursday.

In the January-June period, Kia's Morning compact car, sold as the Picanto in some countries, took the top spot as the best-selling car in Israel. 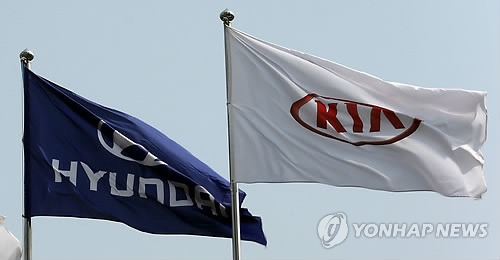 It was followed by the Kia Sportage sport utility vehicle and another SUV by Hyundai, the Tucson.

In terms of overall sales, Hyundai Motor took the largest market share of 14.3 percent in Israel, followed by Kia Motors with a 12.7 percent share, both far surpassing their Japanese rivals Toyota and Mitsubishi.

In the January-June period, Hyundai Motor sold 23,714 cars in Israel, up 24 percent from the same period last year, while sales of Kia Motors also jumped 17 percent on-year to 20,936.

"Israel is an important market in the Middle East with a market size of about 250,000 cars per year. The company will continue to expand its market share in the country based on the competitiveness of its products and marketing efforts of its local dealers," a Hyundai official said.