The two firms submitted separate letters of intent to win the deal worth up to US$700 million over the weekend, while Germany’s BASF and Japan’s Mitsubishi Motors are also said to have joined the bidding war. 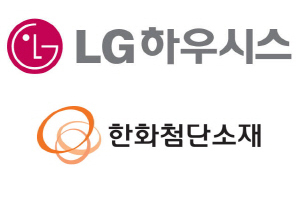 LG Hausys, the materials unit of LG Group, had planned to create a consortium with its sister firm LG Chem, but the chemicals unit pulled out its bid at the last minute, citing less business synergies.

With the pullout of its potent competitor LG Chem, Hanwha Chemical’s affiliate Hanwha Advanced Materials is pinning high hopes to win the deal that it believes could accelerate the group’s recent automotive push.

Hanwha, the defense giant, acquired the US thermoplastic composite materials maker Azdel in 2007 for 60 billion won (US$54.5 million) and German auto parts-maker Heycoustics ,whose clients include BMW and Audi, in March last year for 15 billion won.

Industry watchers say the group has amassed more than 800 billion won in cash for the bid, after selling off less profitable businesses.

The preferred bidder of the deal is expected to be announced within the month.