According to the latest report from market research firm IC Insights, the average selling price of DRAM, or dynamic random access memory, chips is expected to rise through the end of this year and into 2017 due to growing demand for enterprise systems -- for the use of “big data” -- as well as new smartphone models. 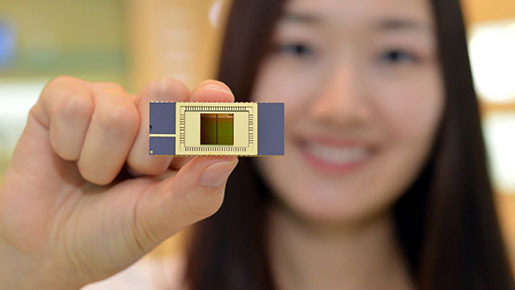 However, the upward trend may be short lived, “As two China-based companies, Sino King Technology and Fujian Jin Hua IC Company, plan to enter the DRAM marketplace beginning in late 2017 or early 2018,” Brian Matas, vice president of IC Insights, said in the report.

The Chinese government -- which consumes nearly 60 percent of global chip production -- aims to replace 50 percent of its chip use with local technologies by 2020 with a total investment of $90 billion. Currently, its self-sufficiency rate is 7 percent.

“Chinese companies could survive with ease by only taking some portion of the local share even though their technology and product competitiveness lag behind Korean rivals,” said Song Myung-sub, an analyst from HI Investment & Securities, in the latest report.

The securities predicted that if Chinese companies such as Sino King, JHICC and Fujian Jin Hua IC Company begin mass production in 2018, DRAM production capacity would grow 19 percent in 2019 year-on-year. This would raise oversupply concerns in the global DRAM market dominated by Korean players Samsung Electronics and SK hynix.

“Samsung Electronics may build additional facilities of DRAM in Pyeongtaek from 2018 in order to respond to the Chinese companies. If so, oversupply would make the industry sink into a slump in 2019,” Song said.