"There is a possibility that South Korea will be exposed to a lengthy (economic) slump, just as Japan (did), for structural problems in population," Rhee Chang-yong, director of the IMF's Asia and Pacific department, told reporters here after a forum hosted by the Korean Economic Association. 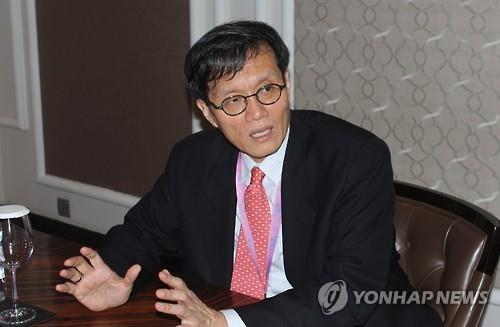 He pointed to the decline in the population of Asia's fourth-largest economy, mostly in working age. He voiced concern about the likelihood of rapid growth in the number of poverty-stricken elderly people.

On South Korea's growth potential, he said the country needs to regard 3-percent growth as decent.

It's not a poor accomplishment for the size of the South Korean economy, of which per capita income is nearing 30,000, said Rhee who formerly served as Asia Development Bank's senior economist and South Korea's financial regulator.

The time has gone when South Korea enjoyed 7-8 percent growth and it's important to manage the current situation in order to prevent the rate from falling further, he added.

He advised the local economy to reduce its reliance on exports by promoting the domestic service sector, in particular, following decades of development led by the manufacturing field. (Yonhap)