The app, Papago, can translate text, speech and images of words or phrases into the target language using Naver’s translation database and self-developed artificial intelligence software, the company said. 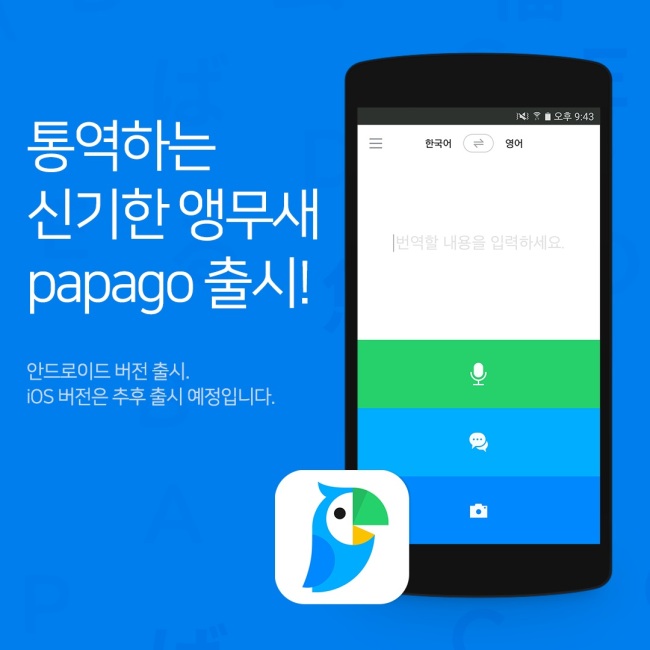 When deciphering words with multiple possible meanings, Papago shows contextual images to prevent mistranslation. When translating currencies, it automatically converts the given figures into the currency used in the target language based on the current exchange rate.

The app can run with or without an Internet connection. In offline settings, the app functions by using the app’s built-in translation content.

Papago is currently available on smartphones running on the Android operating system. An Apple iOS version is slated for release in September.

“Papago reflects our strategy to develop smart, easy-to-use services for the public which make use of AI and a simple interface,” Naver’s chief technology officer Song Chang-hyun said in a statement.

“We will compete with global rivals by continuously improving our AI technology and offering our users more convenient and enjoyable services.”