The decision is expected to deal a blow to the Korean steel industry, heavily dependent on the U.S. market. 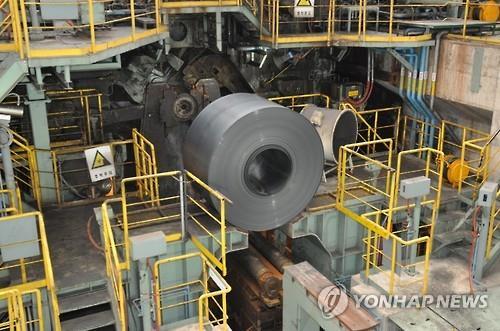 The department has set anti-dumping and countervailing duties for POSCO products at 3.89 percent and 57.04 percent, respectively, for a total of 60.93 percent duties.

Sources said that the department is expected to formally announce anti-dumping and countervailing duties against hot-rolled steel flat products from foreign countries in coming days.

The duties become final if the U.S. International Trade Commission endorses them.

South Korea's annual exports to the U.S. of hot-rolled steel flat products amount to between US$500 million and $700 million.

Meanwhile, POSCO considers all options, including filing a petition to the World Trade Organization (WTO), and working to reduce potential damage by increasing its sales to other countries. (Yonhap)