Koreans' direct purchases of foreign goods via overseas online shopping malls reached 411.8 billion won ($369.3 million) during the April-June period, up 5 percent from 392 billion won a year ago, according to the data compiled by Statistics Korea. 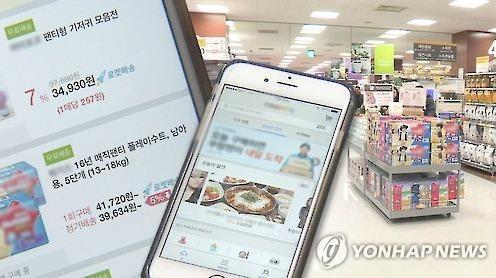 At the same time, internet-based direct sales made by overseas shoppers surged 83 percent on-year to 487.4 billion won in the second quarter.

South Koreans' purchases of U.S. goods fell 6.8 percent on-year to 266.9 billion won over the three-month period, while those from the European Union jumped 30.1 percent to 79.2 billion won.

Their spending on foreign foodstuffs soared 30.2 percent on-year to 107.1 billion won and mobile devices and home appliances rose 22.1 percent to 35.1 billion won over the cited period.

On the other hand, Chinese people are the biggest buyers of South Korean products, as they bought 373.2 billion won worth of Korean-made goods online over the three-month period, up 103.1 percent from a year earlier.