According to the data, eight out of the country's top 10 construction firms by building capacity posted first-half orders that hovered well below half their yearly targets. The remaining two have not disclosed their 2016 order goals. 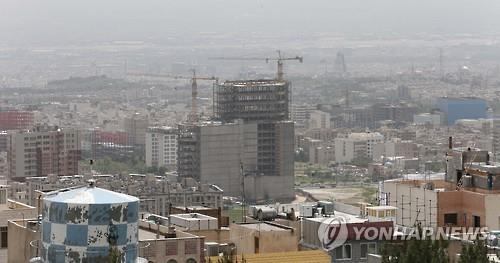 Of the eight builders, six registered orders that amount to some 30 percent of their full-year targets, with figures for the remainder staying in the 40-percent range on their strong housing business in the domestic market.

Top builder Samsung C&T Corp., the construction arm of the country's top conglomerate Samsung Group, chalked up 4.97 trillion won ($4.48 billion) in orders in the January-June period, only 30.7 percent of its yearly target of 16.21 trillion won.

First-half orders won by No. 2 player Hyundai Engineering & Construction Co. and others ranged from 28 percent to 38 percent of their targets for all of 2016.

The order-to-rate for the two builders hovered above mainly because they posted strong performances in the housing market.

According to data by the International Contractors Association of Korea, South Korean builders' overseas orders stood at $15.22 billion in the January-June period, the lowest first-half tally in seven years and far lower than the $25.49 billion a year earlier.

Orders from the Middle East, Asia and Central and Latin America all tumbled as weak crude prices made companies in those regions reluctant to place new orders, it said. (Yonhap)