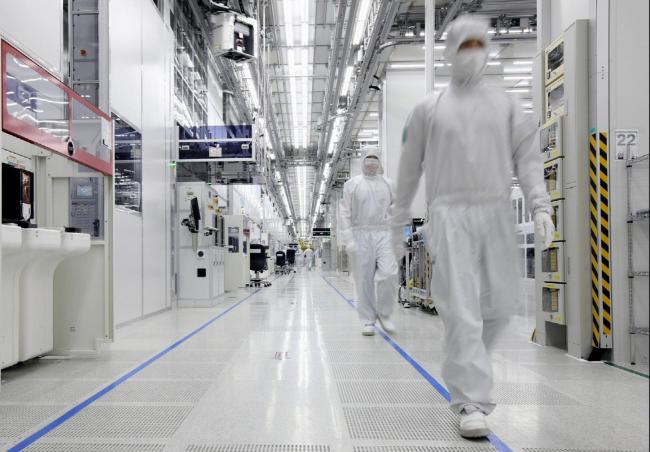 The Korean tech giant had hinted it would invest about 26 trillion won this year, slightly up from last year’s 25.52 trillion won. In the first half of the year, it spent 8.8 trillion won.

“We will focus on 3-D NAND and OLED this year considering their soaring demand,” said Lee Myung-jin, the company’s investor relations executive director, during a conference call on July 28.

While its key rivals such as SK hynix and Micron Technology saw their profits struggle in the second quarter due to slowing smartphone and PC sales, Samsung, the world’s largest memory chipmaker, posted 2.64 trillion won in memory chip sales alone, a modest growth from a year ago.

“As other chipmakers failed to improve their production yield rates, much of the demands were focused on us,” said Jeon Se-won, executive director of the company’s memory chip business division.

Samsung is still the sole producer of the most advanced 48-layer 3-D NAND memory chips within the industry.

The company plans to add more NAND chip production lines to its Korean plants in Gyeonggi Province within the year.

Its display-unit Samsung Display is also pouring more than 10 trillion won into beefing up productions of smaller OLED panels used for smartphones before its planned supply to Apple’s next iPhone possibly from next year.

The company plans to increase its production capacity from the current 60,000 panels per month to some 75,000 panels within the year. About 15 trillion won is expected to be poured by the end of next year, according to analyst estimates.

Its cross-town rival LG Display recently announced it would spend an additional 2 trillion won to produce smaller OLED panels. While Samsung dominates almost 97 percent of the mobile OLED market, LG is hoping to secure some of the Apple orders when its production lines start operation from 2018.