The decision came a week after the Fair Trade Commission officially opposed the 1 trillion won merger deal ($875 million), citing concerns over a market monopoly by SKT in the competitive paid TV business. 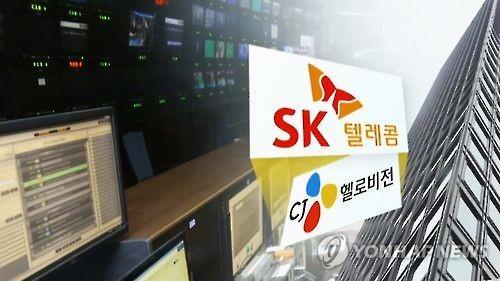 In November 2015, SKT had announced that it would acquire a 53.9 percent majority stake in CJ HelloVision from its owner CJ O Shopping, and merge it with its own subsidiary SK Broadband, sparking protests from market competitors.

“As the FTC’s disapproval has made it impossible to complete our planned M&A, we notified CJ HelloVision of the termination of the M&A and stock purchase contract through appropriate legal processes,” SKT said in a corporate disclosure.

CJ HelloVision disclosed that it had received SKT’s contract termination notification and was in the process of examining the details.

The two companies are expected start negotiating an agreement on follow-up measures, including determining each side’s responsibility for the merger‘s failure and potential compensation.